Escapist Books to Transport You

Posted about 12 months ago by Alexandra Zukas
Posted in Book Reviews | Tagged with Fantasy, Fiction
+1
0
100
Share

Really great books have a way of making the world fall away. They can transport you to somewhere more interesting, more whimsical, more surreal–somewhere that is just more. You turn the page and forget that you’re supposed to go take out the trash or drop off that box at the post office. We need books like that right now more than ever, and I’ve picked out a few pretty magical ones to get you in a different headspace. (But you should still probably take out the trash when you’re done reading these.)

The Baron in the Trees, by Italo Calvino, tells the story of an eighteenth-century Italian boy named Cosimo who, in a fit of teenage rebellion, decides to leave home and live in the trees. And so he does, for the rest of his life. But this doesn’t stop Cosimo from collecting a library, fighting bandits, and wooing his beautiful but tempestuous childhood friend, Viola–all without ever setting foot on the ground.

You might’ve heard of Susanna Clarke’s Jonathan Strange & Mr. Norrell (if not, it’s available on Overdrive!), but she also has a lesser-known but equally eerie collection of short stories called The Ladies of Grace Adieu. In this collection, the tales follow a series of women in nineteenth-century England who wield magic for purposes both domestic and sinister. But Clarke is funny, too, and her humor is wry, sly, and British.

Patrick DeWitt is a genre chameleon. He writes about hard-living bounty hunters in the Old West and washed-up WASPs with equal panache. Undermajordomo Minor is DeWitt trying his hand at a gothic adventure, and he succeeds in creating an entertaining, deviant, playful, and unsettling fable. It all begins when protagonist and ne’er-do-well Lucien Minor goes to work in a castle that at first seems deserted.

Neil Gaiman’s recent update of the Norse myths, Norse Mythology, was sorely needed. While the Norse myths have always been fascinating, a lot of older translations left them feeling stuffy and out-of-step with their swashbuckling plotlines. Gaiman refreshed them here to make them feel breezy and humorous–you know, the way that stories about immortal apples and giant sea-snakes should feel. It’s also available on Overdrive!

Everyone knows The Princess Bride, but not everyone knows it was originally a book published in 1973 by screenwriter William Goldman (who also adapted it for the 1987 film). The book is basically the movie, but slightly funnier (and also sadly lacking Andre the Giant). Rodents of Unusual Size, six-fingered men, and Miracle Maxes abound. The greatest thing about this book is that it’ll take you longer to read it than to watch the film (maybe).

Helen Oyeyemi is a modern master of fairytales for adults. In What Is Yours Is Not Yours, Oyeyemi tells a series of short stories that revolve around keys–actual keys, as well as other objects (and people) that can unlock secrets. One story follows a character housesitting at the House of Locks; another is about a Cambridge student applying to join the Homely Wench Society. What Oyeyemi is great at is creating full worlds with few words, and her worlds are always just a little bit askew.

T.H. White’s The Once and Future King is a time commitment, but one that’s worth the investment. On its face, this is a retelling of the King Arthur myth, from Arthur’s early days as Wart, pulling the sword from the stone, to his demise at the hands of his son, Mordred. But really, this book is about how to have compassion in a world that can sometimes feel unfair. It’s challenging, long, complex, and completely perfect. 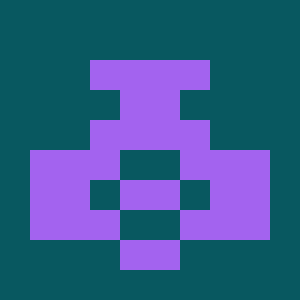