Prompt #6: A book by an AOC set in or about space

Full disclosure:  I was dreading this particular prompt.  Scifi is probably my least favorite genre to read.  So, the fact that I rated this book ⭐⭐⭐⭐/5 should really say something!

Ignite the Stars by Maura Milan is the story of Ia Cōcha, a Robin Hood sort of character who is being hunted by the Commonwealth, an imperialist nation who once destroyed Ia’s home.  As Ia vigilantes through space, she always wears a helmet with a red feather emblazoned on the front. Everyone assumes she is a mature, male, criminal mastermind. However, upon her capture the seventeen year old’s identity is revealed.

Instead of imprisoning her, the Commonwealth decides to enroll her in their military academy and take advantage of her unrivaled flying skills.  Ia’s initial instinct is to escape, but when she meets Brinn, her roommate with a deep secret, and Knives, the school’s flight master and son to the Commonwealth’s General, lines begin to blur.  To Ia, it is no longer clear who falls on the side of good, and who on the side of evil.

So, if you’ve been reading my blog for awhile, you know that I love a strong female lead.  Ia is just that. She makes no excuses, and takes no prisoners. She starts out with a clear notion of the world.  Even though she is technically a criminal, she is fighting for those without the strength or the voice to fight for themselves.  Awesome, right?! But what makes Ia such a special heroine is that she has the ability to change her mind. When she discovers things are not as they seem, she quickly rights course, even if this means going against those to whom she was once loyal.  Top all that off with some current day issues, a beautiful female friendship, a touch of romance, and a lot of space action, and you have a great story!

Honestly, I think everyone should read this book but if you’d like some more choices for this prompt, here you go:

Lost in the Red Hills of Mars by Jackie Hunter

The Three-Body Problem by Liu Cixin

The Galaxy Game by Karen Lord

Astrophysics for People in a Hurry by Neil deGrasse Tyson

The Future of Humanity: Terraforming Mars, Interstellar Travel, Immortality, and Our Destiny Beyond Earth by Michio Kaku 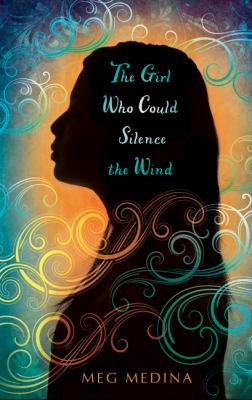 Prompt #7:  An #ownvoices book set in Mexico or Central America

Meg Medina is a local author and personal friend to Richmond Public Library.  So, for this prompt I knew I wanted to read one of her books. I chose The Girl Who Could Silence the Wind.  This was Meg’s first YA novel and had all the things I typically love to read about:  history, family, magical realism, strong female lead.

The Girl Who Could Silence the Wind is the story of Sonia Ocampo.  Sonia was born in the midst of the greatest storm Tres Montes had ever seen.  But as soon as she entered the world, the storm miraculously stopped. From then on, the villagers believed Sonia to be blessed, and asked for her prayers in all of their troubles, big and small.  As you can imagine, this bore an immense weight on Sonia’s shoulders, especially because she did not believe in her own power. So, when the opportunity arose for Sonia to travel to the city and work in the home of a wealthy widow, Sonia jumps at the chance.  But leaving the simple life of the village to join the novel, sometimes vicious, life of the city, is not all Sonia thought it would be.

This book is a sweet, easy read.  Sonia is likeable and the pacing is fast and engaging.  Best of all, Meg provides a beautiful portrayal of Mexican culture.