By Teens, For Teens – Eleanor & Park, Dead Wake, and Keeper of the Lost Cities

Welcome to a new series on our Shelf Respect blog called “By Teens, For Teens.” In these special blog posts, we’ll be sharing recommendations made by some of our VolunTEENS. This month we have two book reviews and a read-alikes list for your enjoyment!

Eleanor & Park took me by surprise. I’ve never been a big fan of romance, but I quickly found myself invested in Eleanor and Park’s relationship. I like how the teens’ love for each other builds over time, rather than it being love at first sight. The novel is set in the 1980s, and while I liked all the pop culture references to music and comics, I wish that there had been more information about the racial tensions of the time, especially since Park is half Korean and half white. I was curious about the relationship between Park and his mother, who is from Korea, and wanted to know if Park faced racism in predominantly white Omaha, but the author does not focus on this aspect of Park’s character, which feels underdeveloped as a result. I thought that some plot points towards the end of the novel were a bit rushed, but overall the pacing was good. If you like YA romance novels and the 80s, this book is a must read.

Dead Wake: The Last Crossing of the Lusitania by Erik Larson

Dead Wake: The Last Crossing of the Lusitania tells the fascinating story of the sinking of the British ocean liner Lusitania by a German submarine during World War I. The attack was notable for its high death toll (around 1,200), which included 128 Americans, thus helping to push public opinion in the United States toward the side of Allies and eventually leading to American involvement in the war. Larson’s account of the Lusitania’s last voyage combines stellar research with accessible, well-crafted (though not extraordinary) prose. He does an excellent job of conveying the chaos, terror, and heroism that took place during the sinking. Less gripping but perhaps more intriguing is his depiction of the circumstance surrounding the incident, which was by no means inevitable. Suffice it to say that the Lusitania was only sunk after a variety of oversights, errors in judgment, lapses in communication, and moments of plain bad luck took place. Larson gives us a detailed, compelling treatment of the subject that, while occasionally slow, brings the story to life in a way that does him credit. Dead Wake cannot be described as anything less than authoritative.

Keeper of the Lost Cities Read-Alikes ~ Grace B., age 14 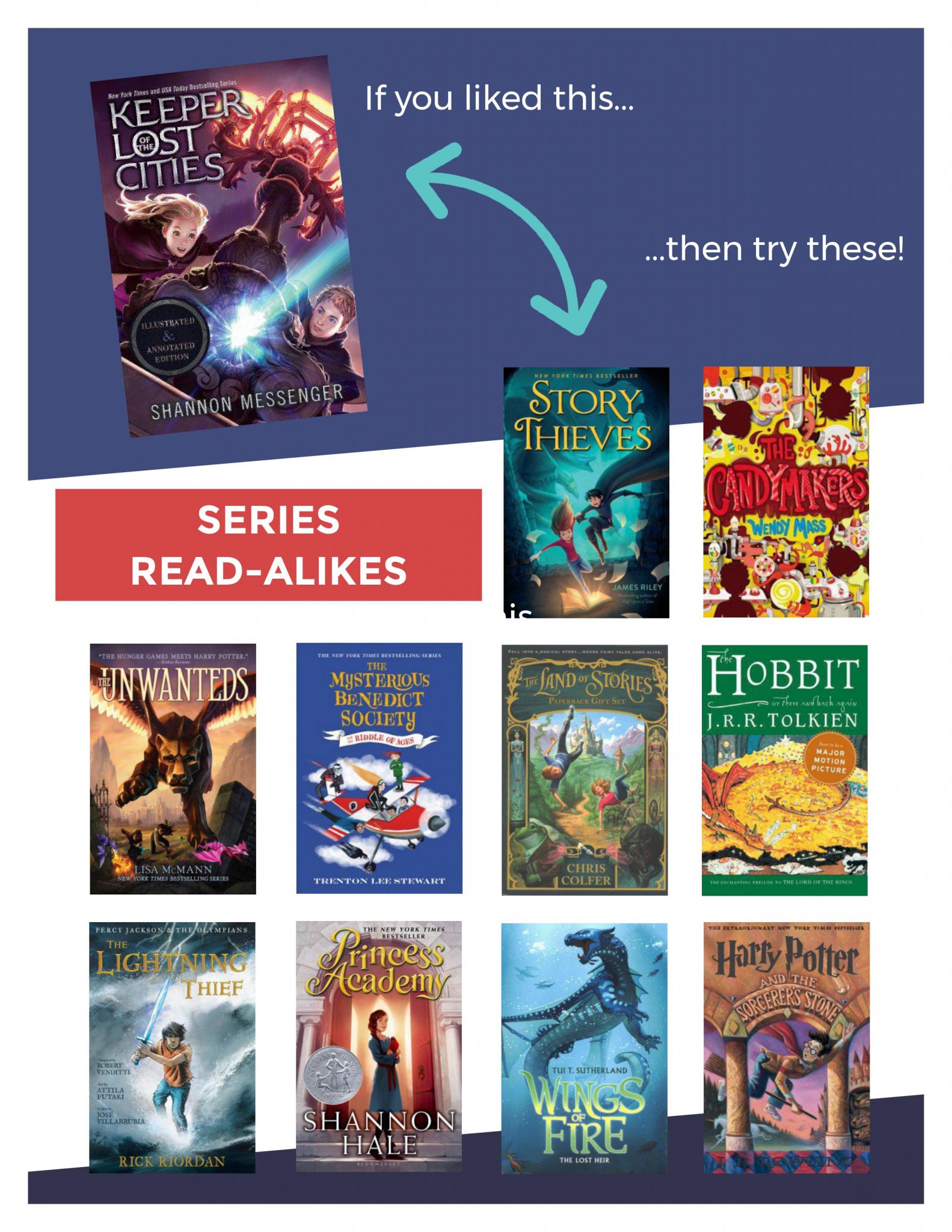