My Summer with Jay

Whether it was required summer reading for AP English or Freshman Core class (an interdisciplinary mashup of lit, economics and anthropology), I cannot be sure. What I do recall is that The Great Gatsby came with a fair amount of hype. My dad, my high school counselor, several friends—all remarked that I was really going to enjoy this book. I borrowed a copy from my local library and started getting to know Jay.

Even now, almost 40 years later, I recall feeling slightly repulsed with my introduction to the shy millionaire. I was a teen-age lip-service socialist, and Gatsby typified everything I disdained about the nouveau riche: he was glamorous, pretentious, materialistic and shallow. He made his money illegally; he called people “old sport”; and, as the novel unfolded, I could tell he was headed for disaster. Northern Boulevard, with the piercing eyes of Dr. Eckleburg on a billboard, and the ash heaps of Willets Point, both places which I knew well, became images of disdain and forewarning.

Then, as pages turned and as adolescent dreamers are prone to do, my opinion of Jay changed. Eventually I imagined myself in the Plaza Hotel room with him and the others in the city’s sweltering heat. I felt languid and bored and spoiled. I stood detached yet still with Jay as he eyed the mayhem of his parties. And, of course, I stared with him across the harbor at the dock’s green light, waiting for Daisy.

The pivotal episode for me was after Gatsby died, when Nick read about the daily rituals of Jimmy Gatz, aka Gatsby. I admired young Jay’s self-improvement regime and his nascent desire to succeed. Ultimately, all the money, splendor and the achievement of the American Dream were insignificant to Jay. The only person who meant anything to him, Daisy Buchanan, would never be his. I was brokenhearted yet realized that there was no other plausible way for his story to end.

I sat with Gatsby on Central Park benches, the steps of the Metropolitan Museum, and rock-hard subway seats, enveloped in the inevitable details of his tragic life. Every now and then I revisit him, usually in the summer, to relive my experience of first loathing, then pitying the doomed millionaire. That is why, as with many vacation romances, I will always fondly remember my summer with Jay. 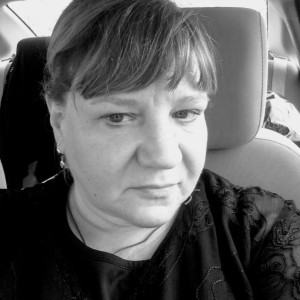