In The Great Derangement, acclaimed Indian novelist Amitav Ghosh questions our collective “imaginative failure” in the face of global warming. He examines our failure to “grasp the scale and violence of climate change” in literature, history, and politics. Asserting that fiction is the best tool we have to confront the most urgent issue of our time, he issues a challenge to authors to “imagine other forms of human existence” in novels.

He’s not wrong. The most recent novel I’ve read about a world drastically altered by rising seas was After the Flood by Kassandra Montag. It was a pretty good story overall, full of flawed and interesting characters driven by difficult to imagine circumstances in a world very different from the one we live in, but foreseeable. Sea levels had made a sudden and dramatic leap after years of slowly rising, causing such extensive flooding that much of North America was underwater. Our protagonist was alive during the flooding and narrowly escaped to dry land with her family, only to lose her oldest daughter to one of the newly emerged gangs of post-apocalyptic opportunistic baddies that we seem to have no trouble imagining in fiction. The novel makes some obvious allusions to Noah, and does a fine job of transporting the reader to a bleak future, but it could go farther. The focus is primarily on the mother and daughter doing what they need to survive while trying to preserve some shred of humanity. Exciting, swashbuckling even, and worth reading.

But looking for something really scary that gets into what we have to look forward to in the not too distant future? I have some excellent recent nonfiction that will blow your mind, keep you up at night, and hopefully inspire some action. 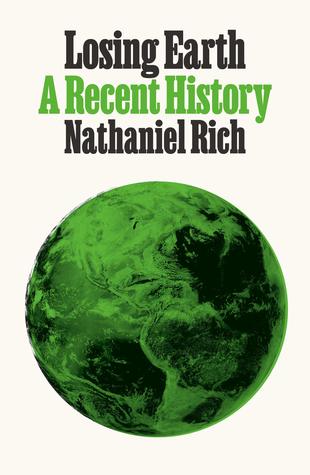 Losing Earth: A Recent History by Nathaniel Rich was brief and harrowing. It’s basically a history of how we’ve known pretty much all there was to know about climate change since 1979–including how to stop it–and the history of how we failed to do anything about it. He gets right down into how much we could have done over the past 40 years, and how much we have irrevocably lost. If you need to feel like a fire has been lit under you, this’ll do it. The failure of imagination is evident in the author’s thesis as well. Similarly, Don’t Even Think About It: Why Our Brains Are Wired to Ignore Climate Change by George Marshall. The title seems to speak directly to Ghosh’s thesis in Derangement. 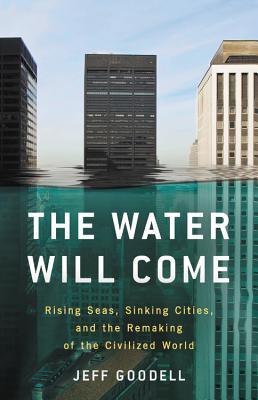 The Water Will Come: Rising Seas, Sinking Cities, and the Remaking of the Civilized World by Jeff Goodell takes real world scenarios of rising seas and places them in bigger and more frequent and urgent contexts for Americans. Have you been paying attention to Venice? Imagine Florida, or I don’t know, New Orleans? Only, all the time now. I was reading in the WaPo today:”Nearly knee-high, the floodwaters spread across the city’s main piazza, turning it into a vast lake for seagulls. At the nearby millennium-old basilica, the last inches of water remained in the crypt even after a day of pumping, collecting around the tomb of a Roman Catholic cardinal. All around the busiest parts of the city, the water slicked the floors of cafes and Murano glass shops and seeped into hotel lobbies, leaving a smell of sewage in its wake.” Emphasis mine. Sewage plays a big role in Gooddell’s riveting exploration of civilization after the water comes. Spoiler alert: It’s gross and largely uninhabitable.

I just came across and have not yet had the chance to read The Uninhabitable Earth: Life After Warming by David Wallace-Wells but from the jacket description it sounds like it fits the bill:”In his travelogue of our near future, David Wallace-Wells brings into stark relief the climate troubles that await–food shortages, refugee emergencies, and other crises that will reshape the globe. But the world will be remade by warming in more profound ways as well, transforming our politics, our culture, our relationship to technology, and our sense of history. It will be all-encompassing, shaping and distorting nearly every aspect of human life as it is lived today.”

And last but not least, Chesapeake Requiem: A Year with the Watermen of Vanishing Tangier Island by Earl Swift is some of the finest narrative nonfiction I’ve read, and if you’re a local, which I imagine you are if you’re reading this, you definitely need to check this one out. And then read up on the tragic loss of Fox Island and stop and imagine what it means to be gone.