It’s that time of year friends! Summer fun in the sun! Your Richmond Public Library is full of activities that follow along with our theme this year of Explore Your World. There’s reptiles to visit, food to cook, crafts to make, and of course books to read just to name a few things. We even have a Stranger Things Escape Room for enthusiasts of the show and escapes alike. Our kickoff is just over a week away and your local librarians are abuzz with excitement. Once it begins you’ll be given a passport in which you can collect a total of 8 stamps. One for each continent and the final one is for our mascot, Ripple. When you have all 8 stamps, you turn it in to your local branch to receive a prize. You will also be entered into a Grand Prize, one for each branch. 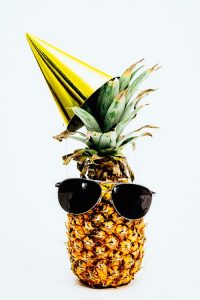 We all know the Cinderella story by heart, right? Poor sweet girl, her father dies just after remarrying which gives her an evil stepmother and two terrible stepsisters. She’s forced to clean for years and then she wants to attend a ball. Here comes fairy godmother granting her wish with a pumpkin and glass slippers but she has to return by midnight. She loses a shoe on the way out and the prince finds it and eventually finds her through it. Tada! Happy Ever After! But, is it really though? This Disney adaptation that we know best is not the first known version of this tale. Before you ask, it wasn’t Grimm’s variation either. Though that one did have several different notes like the father staying alive and the stepsisters cutting off parts of their feet to attempt to fit the golden slipper in addition to getting their eyes picked out by doves at the end for their deviousness. No, the first versions are on different continents altogether.

There are two which are a toss-up for first written. I’m arbitrarily starting with Yeh-Shen because it’s one of my favorites. Its artwork is gorgeous and flowing. As the book states inside the jacket, “Once of the ancient Chinese manuscripts on which the story in this book is based was written during the T’ang dynasty (618-907 A.D.) and set the events of the story as happening ‘before the time of Chin (222-206 B.C.)’” Yeh-Shen was a country girl whose only friend was a pet fish that she managed to feed regardless of how little food she was given herself. She did all the hardest chores and wasn’t allowed socialization with other children When her stepmother discovered the fish, she killed it and brought it home for dinner. Yeh-Shen is later informed by a spirit that her fish friend’s bones have magical powers, they can grant wishes. She survives on the food she’s wished for via the bones and then one day there’s a festival that she wants to attend to hopefully make a marriage match. She is granted the wish of something to wear which includes tiny golden slippers that make no sound on stone. She’s nearly recognized by her stepsister after so many people comment on her beauty so she runs away losing one shoe in the process. The shoe finds its way to the king who eventually puts it on a pedestal so that the person to whom it belongs can claim it. Yeh-Shen comes in the blackest part of the night and the king follows her home. Her rags change back to beautiful clothes once she’s wearing both shoes again and the king falls in love. He won’t allow the mean family members come with them to the castle so they stay and are rumored to have been killed in a rock slide. I personally love the vindication in this book for how they treated Yeh-Shen for so long. I can also imagine how gorgeous she must have looked thanks to the detailed descriptions given. Have I mentioned that I love this version?

The other original is The Egyptian Cinderella. The author notes that “It was first recorded by the Roman historian Strabo in the first century B.C.” and “What is fact is that a Greek Slave girl, Rhodopis, married the Pharaoh Amasis… (Dynasty XXVI, 570-526 B.C.) and became his queen.” Rhodopis is in fact a slave in this story which is a little different than most versions. She has no family. Her status as slave puts her even lower than the servants which are the stepsister equivalents here. She makes friends with birds, a monkey, and a hippo. Her Master sees her dancing daintily barefoot and decides to order her some custom rose-red gold slippers because dance is a gift that requires reward. The Pharaoh holds court for all his subjects so the servant girls head downriver. Rhodopis is overrun with chores so that she’s too busy to attend. Her slippers are on the riverbank next to her when a falcon steals one of them then flies to the Pharaoh and drops it on his lap. As the falcon is a symbol of their god Horus, Pharaoh sees this as a sign that he should marry the slipper’s owner. He goes on a quest to find her, taking several months and before he leaves her city he barely sees her hiding in the rushes. Rhodopis becomes his queen, and is known as a good ruler. I enjoy that this version doesn’t have any magic elements, it’s all-natural as it were. No talking animals or transmogrifying anything. It’s as real as can be and I can appreciate that.

Obviously, no people permanently live here. Penguins do though! I found a penguin Cinderella story available as a short 10-minute video here. There aren’t any words to this video and most of the characters are penguins, or penguin-like. Fair warning, there are mice (small pegnuins with Mickey Mouse ears) that get changed by the fairy penguin into penguin-horses. Instead of walking upright like penguins they’re on all fours and have two sets of flippers and a magic carpet-like tassel for a tail. It’s slightly disconcerting seeing them run so there’s that. Overall, still a delightful adaption.

Cindy-Ella is an Australian version with plenty of slang to keep young ones entertained. A dictionary might need to be close by as much of the terminology has different meanings here in the U.S. For example, a dunny is an outhouse or toilet, a thong is a pair of flip-flops, and fair dinkum means fair and true!

This continent has soooo many versions. Grimm is the most popular but I’ve found an Irish version to be more entertaining as it was gender-swapped. Instead of tiny feet he’s known as Little Bigfoot (his name, Becan, is Irish for “little one”). His main job is cow-herding and he makes friends with the “mean” bull who magically helps him with food. His stepmother finds out and wants to kill the bull. Becan warns the bull and they run away together but the bull still dies in a fight. There’s magic still in his tail and the bull tells Becan to take it with him as a belt. The bull, as a belt, helps him defeat a giant and a dragon in his travels. The Princess who was to be dragon bait tries to thank him but he runs away though she had a grip on one boot (from the giant) and she’s determined to find him again through it. It took a year before her messenger made his way to Becan. The Princess is overjoyed and makes him a Prince in his own right. It’s entertaining to see the fairy tale from this point of view. I think it is a nice change to have dragons involved in the tale as well.

Here, I’m going to offer two options as I couldn’t possibly choose between them. Rough-Face Girl is told by Algonquin tribes. The second is Adelita, by one of my favorite children’s authors Tomie dePaola. While Adelita is adorable I’m going to focus more on the former story. The Rough-Face Girl is not given any other name so we’ll refer to her as RFG for simplicity. RFG is the youngest of three daughters. Her siblings make her tend the fire so the sparks and embers give her the titular name. In their community there was said to have lived a rich, handsome, and powerful invisible being. This being is only seen by his sister who seems to be his go-between with the tribe. She will only let someone marry him who can see him. Her questions cannot be correctly answered by the older siblings  but RFG sees him everywhere so she goes to ask to marry him. She can see him all around her in nature and can give the correct answers to his sister. RFG is instructed to bathe in a nearby lake (Lake Ontario) and it rinses away her scars to show the beautiful soul beneath. The last line of this story is the most touching. “They lived together in great gladness and were never parted.” As someone who ascribes great power and importance to nature this one is a stand-out favorite of mine.

Last but not least (and certainly hardest to find) are versions from Brazil and Portugal. Dona Labismina is the former and The Hearth-Cat is the latter. These stories take on the flavor of the communities from which they originate and it’s an intriguing take.

Nae is a voracious eclectic reader. They can often be found with stacks of varied books, from romance and history to science fiction and children's stories. They are one of several Bookologists as well! Always up for conversations about books, feel free to stop by to say hi or drop an email!