What is Law Day?

Law Day was established by President Dwight D. Eisenhower in 1958 as a national day set aside to celebrate the rule of law in the United States. In 1961 Congress set May 1 as the official date for celebrating Law Day. Every year on Law Day, citizens participate in programming sponsored by courts, bar associations, schools, libraries, and community and civic groups to learn about the rule of law and the legal processes that promote life, liberty and pursuit of justice here in the United States. Even though May 1 is the official date, many of the celebrations are held before or after that date, with some observances being held as Law Week or even Law Month in April or May. See  History of Law Day.

There is a different theme for Law Day every year. Richmond Public Law Library has observed Law Day in the past with book displays, films, and bibliographies. Last year’s Law Day theme was “Free Speech, Free Press, Free Society.” Previous themes in recent years were “Separation of Powers: Framework for Freedom,” “The 14th Amendment: Transforming American Democracy,” “Miranda: More Than Words Explored,”  and “Magna Carta: Symbol of Freedom Under Law.”

The Law Day theme for 2020 is “Your Vote • Your Voice • Our Democracy: The 19th Amendment at 100” in observance of the centennial of the ratification of the 19th  amendment to the United States Constitution and the women’s suffrage movement, which “expanded representative democracy and inspired other popular movements for constitutional change and reform”. On April 30 at 2:30 pm, The American Bar Association Division for Public Education and the Law Library of Congress will present a free virtual Law Day program, “Social Movement Changing America: The Legacies of the 19th Amendment,” a moderated panel discussion featuring nationally recognized experts, including: Kimberly Atkins, Senior News Correspondent; Martha S. Jones, Professor of History; Thomas Saenz, President/General Counsel; and Julie Suk, Professor of Sociology.  Advanced registration is required.

See Social Movement Changing America: The Legacies of the 19th Amendment and https://www.americanbar.org/groups/public_education/programs/19th-amendment-centennial/  for more information. 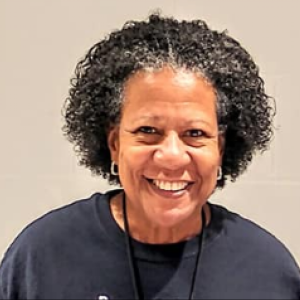