Due to the recent increase in COVID-19 cases, RPL is offering Curbside Pick-Up Service at all of our locations until further notice.

A Book Worth Finishing

Posted about 3 years ago by Jonah Butler
Posted in Book Reviews | Tagged with finishing books, mitigating risk, Rabbit Cake, worth the risk
0
0
55
Share

Not long ago Goodread put out an infographic about finishing books. In their survey they discovered that somewhere around 38% of people who read will finish a book no matter what.

Even if the book turns into being a steaming pile of garbage, those tenacious readers would trudge on, never leaving a page unturned. But what about this other 62% of people? Is a rather large percentage of the population just going from unfinished book to unfinished book?  Hopefully not. Hopefully this 62% knows what they like and reads within that preferential zone. But inevitably the desire to read a new author comes and there is of course the occasional let down. There are around 3,000 books being published every day, so why waste time going through something when there are so many others?  It’s safe to say the majority of readers feel this way.

Beginning a book assumes a risk. A risk of time and effort. We have essentially an endless array of entertainment and publications at our fingertips, and we could be spending that time doing anything with anyone anywhere. But Annie Hartnett’s debut novel Rabbit Cake is one of those new books worth that risk. Starting with the striking yellow cover (and interestingly enough the narrator mentions how science finds yellow to be the color most closely associated to happiness(so I’m sure there is some definite color psychology happening here, luring readers in with a book that looks so inviting and friendly)(and let’s just point out also that the reason McDonalds chose yellow for branding is also due to it being the most visible color in daylight))) and the somewhat peculiar title choice, the book has enough going for it to turn that casual glance into a checkout at the library.

Rabbit Cake isn’t your typical story of a family reeling with the death of their mother. The narrator and youngest daughter, Elvis, lives with her father, dog and sister, Lizzie. Their mother, a notorious somnambulist (yup, learned that word from this book), died in the nearby river. Elvis tries to make sense of her death while searching for the real cause, suicide or sleepwalking accident. The following chapters track Elvis and her 18 month grieving chart, during which she volunteers at a zoo, deals with the pressures of middle school and finishes her mother’s book The Sleep Habits of Animals. And each of the family members has their own way of grieving. The dad finds his comfort in wearing lipstick and in teaching a parrot to talk like his wife. Lizzie has inherited her mother’s sleep walking habits. She finds herself sleepwalking into chicken houses and eating the raw eggs, making cakes filled with prescription pills and trying to crawl inside hot ovens. And after a stint at a medical institution meant to treat Lizzie’s sleeping disorder, the psychiatrist recommends her setting a schedule and daily goals. She then decides to set a world record by baking 1,000 rabbit cakes in the same pan her mother used for celebrations. The book follows the family’s baking adventures/misadventures up to the end as they learn to heal, come together and celebrate their time on earth, all the while eating rabbit cakes.  Overall the writing is beautiful blend of heartfelt and funny, dark and light, often combining the serious with a bit of comedic reflection, all laced together with magical insights from an astute middle-schooler spouting animal facts you probably never knew (for instance: birds can sleep while flying and the naked mole rat is impervious to cancer, among many others). Check it out today.

More of Annie Hartnett’s short fiction can be found here. 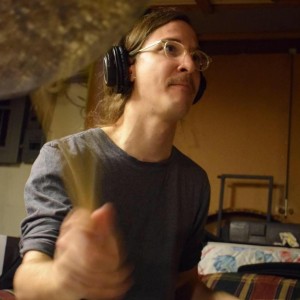