All Richmond Public Library locations are open to the public. Learn more about our Expanded Access and what to expect on your next visit to the library. 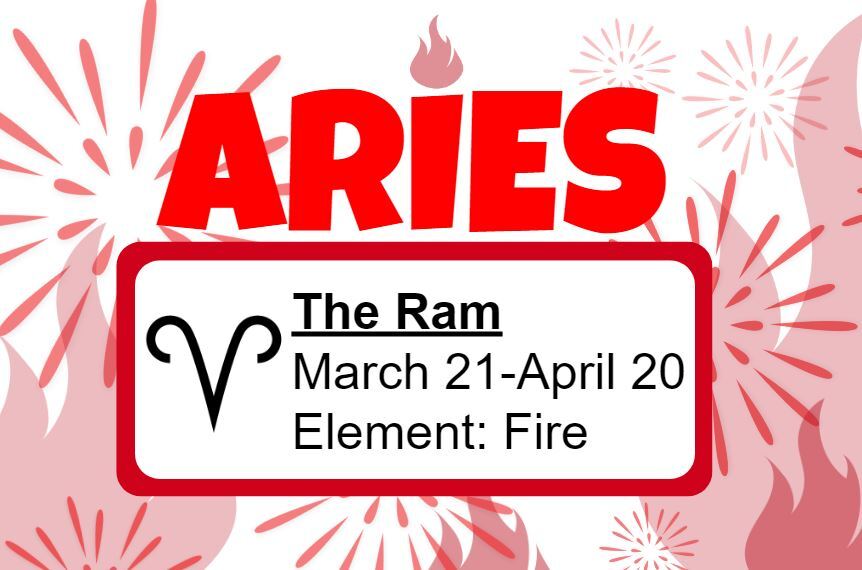 Every month of 2021 we will be sharing a tailored horoscope blog post for the current sun sign plus something extra so the rest of us aren’t left out! 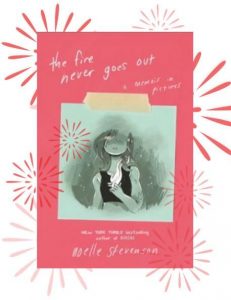 This post has been hard to write. Well, not hard to write exactly, but hard not to just make it a callout post for all the Aries babies in my life! I’ve had lovingly combative relationships with all of them, including my older sister. (Two differently fired-up personalities clashing–I’m a Leo–so it’s not unreasonable to expect some eruptions.)

The Fire Never Goes Out by Noelle Stevenson is a collection of memoir comics and essays that document their creative and personal life over the span of eight years. Stevenson shares the “highs and lows of being a creative human in the world” all while carrying this rage, this fire, that they can’t ever seem to put out.

This is something that a lot of Aries can probably relate to. When I asked a beloved Aries friend to share some wisdom with me, they said the biggest thing they’ve learned is to try to turn that natural fire inside them into passion for projects, love, and friendships, rather than to fuel anger, frustration, and self-doubt.

There really isn’t any room for self-doubt for an Aries. They’re natural leaders, not least of all because they make up their minds quickly and then have the strength to accomplish their goals. They can be impatient and reckless, but often in a way that motivates the rest of us. What better example of that unstoppable confidence and drive than My Hero Academia by Kohei Horikoshi? This manga is all about teens striving to become the next generation of heroes in a world where a large portion of the population has superpowers, called quirks.

“As we duel, as we chat, there’s an understanding that ‘your black is not my black’ and ‘your weird is not my weird’ and ‘your beautiful is not my beautiful,’ and that’s okay. It brings tears to my eyes if I think about it too long.” 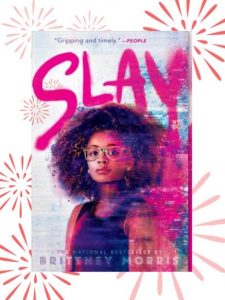 Aries are independent. They know exactly who they are and are unapologetic of that fact. In Slay by Brittney Morris, Kiera dives into the online role playing game she created, where she feels the most confident and able to be herself. Outside the virtual world she is one of the only Black kids in her school. When a murder with connections to Slay sends her comforting world into upheaval, Kiera has to work harder to “save the only world in which she can be herself”, all while continuing to “preserve her secret identity and harness what it means to be unapologetically Black in a world intimidated by Blackness.” 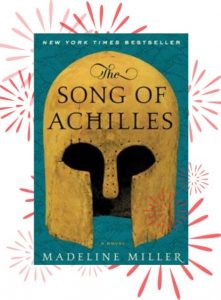 Aries have the potential to have passionate, all consuming romances… as long as they don’t get bored. The Song of Achilles by Madeline Miller is an epic love story, retold from Greek mythology. Even if you know the classic story of Troy, this is a beautiful, enveloping novel. Told from Patroclus’ perspective, we follow his relationship with Achilles and the lead-up and pivotal moments of the Trojan War. Aries are ruled by the planet mars, so are often considered warlike because they are brave and have a need to prove their abilities. This novel has both: the romance and the action. 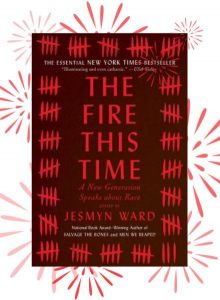 (Also, I HIGHLY recommend reading The Song of Achilles and then following it up with playing the Supergiant videogame, Hades!)

Like a torch in a cave, Aries can be the light that shines the way with their ability to lead, forge ahead, and take action. The Fire This Time edited by Jesmyn Ward is a striking collection of short essays, memoir, and poems, named and inspired by James Baldwin’s book, The Fire Next Time. This contemporary collection continues the conversation and shines a light on the conversation around race in the United States. Striking, relevant, and thoughtful.

I hope you Aries out there enjoy these suggested titles… if you’re able to sit down and stop doing all the things long enough to read them, of course! 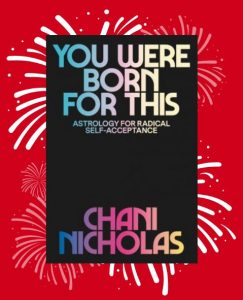 As always, I heavily relied on You Were Born For This by Chani Nicholas when researching this blog post. Nicholas’ writing is easily accessible for both astrology newbies (like me) and veteran chart readers alike. If you want to learn more about your birthchart or try a hand at writing your own horoscopes, I highly recommend checking out a copy of this book.

Or if you want some other options, our catalog is FULL of other astrology related texts!