Together, let’s take a moment to step back from being inundated with news and worry. In this series of blog posts about escapist reads, explore stories that convey you to other worlds, other times, other lands and, overall, the freedom to get lost in a good book.

There is something particularly wonderful about being transported to a different place with the smell of old parchment, of losing track of time between the stacks, of drifting into a fantasy between the pages of a book. You can still get your books from us here at the library even in the midst of this pandemic, but it isn’t the same. That atmosphere of browsing the shelves, skimming the spines, finding the perfect book can’t quite be captured with curbside services, we know, but what we can do is offer you some books to read that will immerse you in the romance of places, words and libraries. 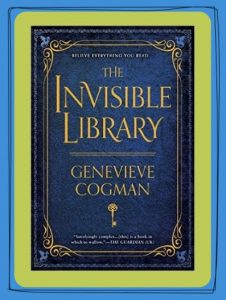 The Invisible Library by Genevieve Cogman

Not only does The Invisible Library series have one of the coolest libraries (in my humble opinion), one that is out of place and time and which is connected to different worlds, but it is a delightful fantasy full of adventure and mystery. In The Invisible Library, words have incredible power, character roles and tropes have a magic of their own and books tied to the library hold reality in place. Dive into the start of this fantastic series and follow librarian spy, Irene, and her assistant, Kai, as they infiltrate an alternate London searching for a dangerous book. 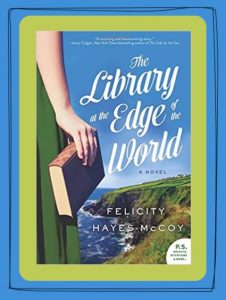 The start of a series, The Library at the Edge of the World centers on Librarian, Hanna Casey. After divorcing her cheating husband and moving back to her childhood hometown in Ireland, Hanna struggles at putting up with her crotchety mother, keeping a close relationship with her teenage daughter and doing her job at the public library while keeping the public at arm’s length. When the library and the whole peninsula’s wellbeing is threatened by a funding cut, Hanna comes up with a plan to boost tourism, start a community garden and bring everyone together. 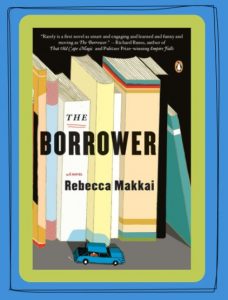 The Borrower by Rebecca Makkai

The Borrower follows Lucy Hull, a children’s librarian in Missouri, and her friendship with her favorite patron, ten-year-old Ian Drake, whose parents enroll him in a weekly antigay class. What first appears as a family drama centered at the library turns into an adventure road trip when Lucy finds Ian camped out in the library after hours and agrees to kidnap him (yes, really) and take him to Chicago. Full of children’s literature references, farce, questions of morality and belonging, The Borrower is a delightfully non-realistic novel set in the real world. 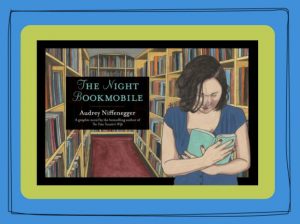 The Night Bookmobile by Audrey Niffenegger

A short graphic novel by the author of The Time Traveler’s Wife, The Night Bookmobile is a dream-like story of a woman who comes across a disappearing bookmobile that houses all the books she has ever read. This is a surreal, sometimes disturbing look at someone who desires to live in her fantasy world more than the real world. 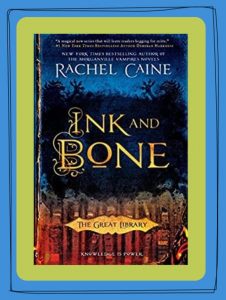 Ink and Bone by Rachel Caine

Ink and Bone is a young adult fantasy novel. The Great Library of Alexandria uses alchemy to give borrowers the contents of texts, but the actual ownership of physical books outside the library is illegal. Jess’s family are book smugglers and he goes to school to be able to join the library and be his family’s inside man. But with new friendships and experiences, Jess’s loyalties are tested.

[Honorary Mention: The Library at Mount Char by Scott Hawkins, a very weird and horrifying story about children adopted by a mysterious powerful person, who grow up being trained in their specific “catalogs”.]